On January 2017, Italy joined the UN Security Council as non-permanent member, with the aim of enhancing its contribution to the effort of “building peace for tomorrow.” A key component of Italy’s commitment is to strengthen the role of women as drivers of peace across the whole conflict cycle.

Acknowledging the need to foster women’s participation in a key region for global peace and stability, Italy decided to establish a Mediterranean Women Mediators Network.

This initiative is promoted by the Italian Ministry of Foreign Affairs and International Cooperation in collaboration with Istituto Affari Internazionali (IAI) and Women in International Security (WIIS) Italy.

The Mediterranean Women Mediators Network (MWMN) was launched in Rome on October 26, 2017 at the Ministry of Foreign Affairs and International Cooperation at the presence of the Hon. Minister Angelino Alfano. A multigenerational group of approximately 40 women mediators and experts on mediation from the four shores of the Mediterranean Sea came together and agreed on the adoption of the “Founding Principles and Declaration of Intent” of the Network.

Since the foundational event, the Mediterranean Women Mediators Network has grown welcoming new members and has conducted numerous activities ranging from physical and long distance trainings, peer to peer exchanges, advocacy and outreach campaigns. Furthermore, it has established local antennas and regularly works in synergy with other women mediator networks in the context of the Global Alliance of Regional Women Mediator Networks, of which it is one of the founding members. As of June 2020, the MWMN Secretariat, under the responsibility of WIIS Italy, coordinates the Secretariat of the Global Alliance. 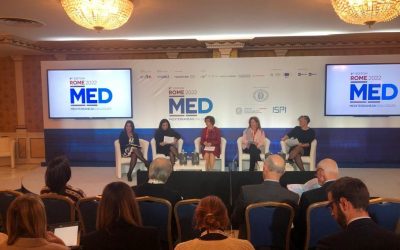 On 2 and 3 December 2022, some members of the Mediterranean Women Mediators Network joined the MED Dialogues as speakers and experts peace and mediation. MED - Mediterranean Dialogues is an annual high-level initiative promoted by the Italian Ministry of Foreign... 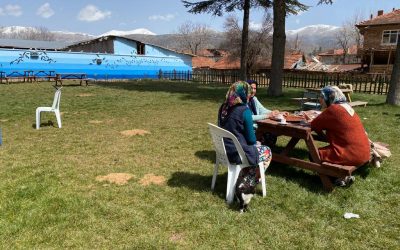 The Turkey Antenna has been developing a research project, with the support of the MWMN, on Women's Cooperatives in Turkey. After concluding the initial phase, the members of the Antenna are now embarking on the second and final phase. The Antenna wanted to target...

On 2 and 3 December 2022, some members of the Mediterranean Women Mediators Network joined the MED Dialogues as speakers and experts peace and mediation. MED - Mediterranean Dialogues is an annual high-level initiative promoted by the Italian Ministry of Foreign...