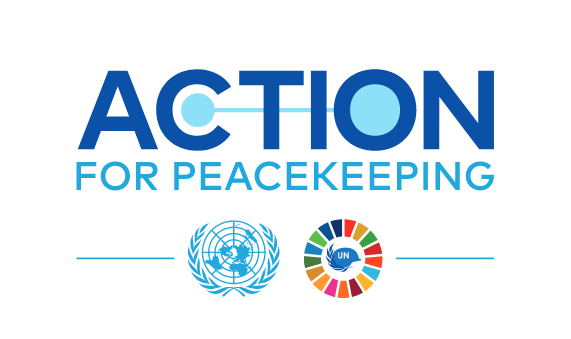 On October 8th 2020, marking the 20th Anniversary of UNSC Resolution 1325, UN Secretary-General António Guterres took part in a virtual roundtable to discuss women’s leadership in advancing the implementation of the Women, Peace and Security agenda under the framework of the Secretary-General’s Action for Peacekeeping Initiative.

Secretary-General António Guterres spoke with four women leaders: Ms. Bintou Fouane Samake from Mali, Ms. Lina Ekomo from the Central African Republic, Ms. Nawal Hassan Osman from Darfur, and Ms. Magda Zenon from Cyprus – member of the Mediterranean Women Mediators Network. The women leaders touched on a wide range of issues from women’s participation in peace processes and conflict resolution, to the effectiveness of women’s leadership during the COVID-19 pandemic and ensuring women’s voices as voters and candidates in elections, each of them providing insights from their own context.

Mr. Guterres highlighted that women, despite the effectiveness of their leadership particularly evident during the pandemic, are under siege. In situations of conflict, it is often women who are brokering peace at the community levels, but are then actively sidelined once those processes move to the national and international levels. The Secretary General called on governments, the UN system, regional organizations, civil society, and the wider international community to take bold actions to accelerate the implementation of the Women, Peace and Security agenda.

Closing this unique discussion with a Call to Action for peacekeeping stakeholders to prioritize women’s leadership, invest in community-based women’s networks as equal partners and adopt feminist approaches to accelerate women’s full, equal and meaningful participation. To conclude, the Secretary-General stated ‘Today, women’s leadership is a cause. Tomorrow, it must be a norm.’

Watch the event
Read the Call to Action