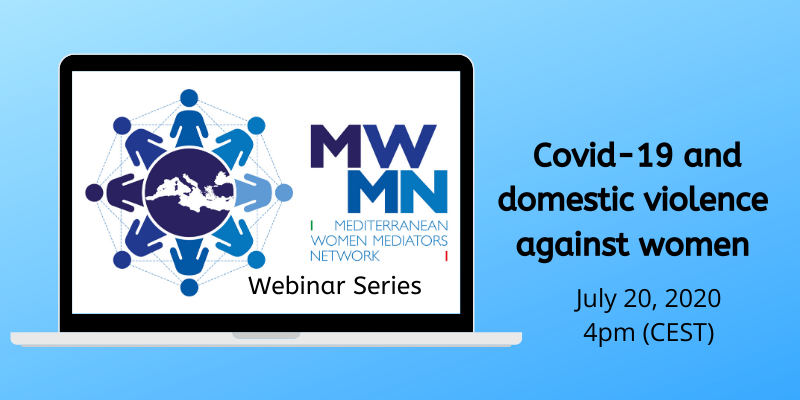 On July 20, 2020, the MWMN hosted the second appointment of the Webinar Series which focused on Covid-19 and the impact it has had on domestic violence.

Since the outbreak of Covid-19, reports of violence and in particular of domestic violence against women have increased in several countries as security, health and money preoccupations create tensions that are accentuated by the lockdown measures. According to the World Health Organization, although data is scarce, Member States have reported up to a 60 percent increase in emergency calls by women subjected to domestic violence in April 2020 compared to last year.

The goal of this webinar is to turn the spotlight on a phenomenon which affects many women throughout the course of their lives and which unfortunately worsens during the phases of crisis and conflict. Starting from the case studies of Turkey, Jordan, Italy and Kosovo, some of the many countries that have seen during the quarantine a significant increase in domestic violence,  a debate took place on this phenomenon, analyzing the measures implemented by the various Governments and civil society organizations to mitigate it. 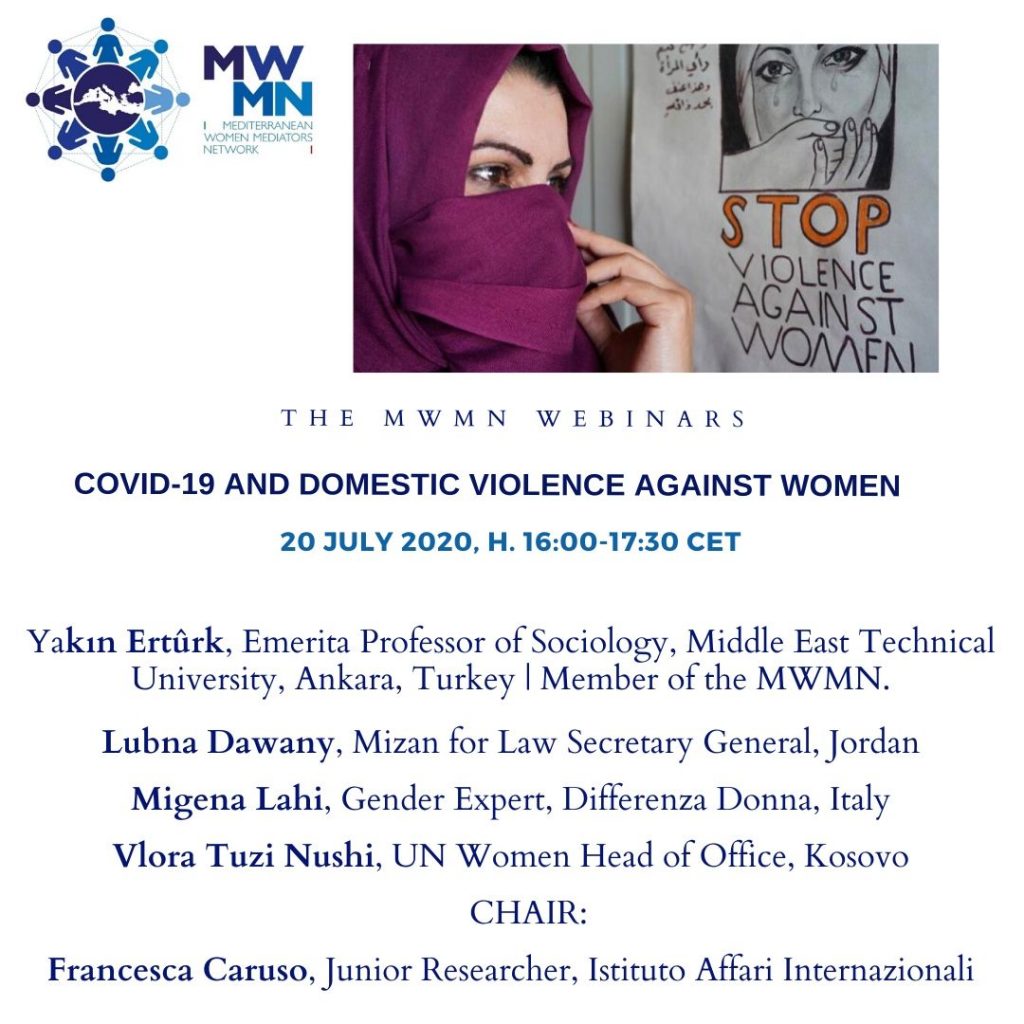