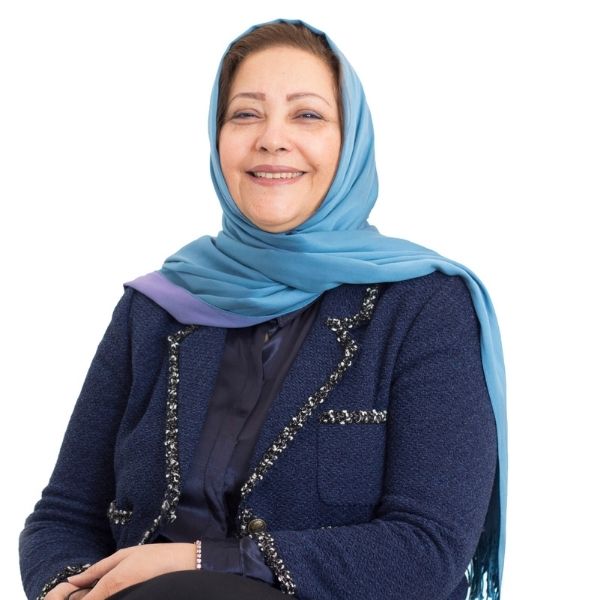 Rida holds LLM in International Human Rights Law (University of Essex, UK) and PhD in Clinical Pharmacology (Imperial College, University of London). She is co-founder and director of Together we build it (TWBI), an organization that aims to empower women and young women. Rida is a strong advocate for young women’s full participation in decision making and peacebuilding. She calls for “intergenerational diversity” as a way to gather efforts of different generations of women without marginalizing either.  Rida has developed a strong will to participate in peace-building in Libya, grounded in her personal experience of war for the last 8 years. She focuses on peace-building, mediation and supporting dialogue. She is providing advice to Libyan officials and international community related to Libya on WPS issues in Libya. In 2015, she has been engaged in dialogue and conciliation efforts, and participated in women track in Tunisia and Geneva. She advocates on behalf of TWBI organization on peace building on the national and international level – lobbying and speaking at events. She supported Libyan women participation in the Palermo – Italy, the high level meeting held in November 2018; as such she mediated the talks between women participants and the international community, under the umbrella of a campaign named “You are missing the full picture”, which was a unique experience when civil society helped women politicians to take part in the high level meeting such as Palermo meeting as part of the formal peace process in Libya. Rida worked hard to empower women in relation to the elections and democratization process in Libya (2012 -2014). She strongly advocated on gender equality and women empowerment including: women inclusion and participation in decision-making, economic development and leadership. She co-led well known big national campaigns to support women who were running for office. She is a member of the national network for supporting participation of Libyan women. With regards Libyan context, she has gained a considerable experience in conflict, the strategic conceptualization, planning and implementation of women’s peace and security agenda, and she is an expert on UNSCR 1325. She is a cofounder of a national network comprises local NGOs and activists called “1325 Network in Libya” launched in March 2014 for the promotion and implementation of the UNSCR 1325 in Libya. Moreover, the network works on the dissemination of information on peace building, prevention, sustainable peace and development. She is the co-author of the first Libyan civil society report on the implementation of UNSCR 1325 in Libya, launched in New York in 2014. She is an expert on WPS agenda – UNSCR 1325; gender related issues, gender based violence, and gives trainings to civil society and high officials. She is an independent consultant works for a number of organizations: participated in research and studies on gender, WPS and education; and she contributed to reports and policy briefs delivered by a number of organizations. She has been appointed as an expert and advisor on international relations within the Ministry of Education. Rida has long career and considerable academic experience through working in Tripoli university. Furthermore, she had been engaged with development and health system, and she worked with relevant national authorities and International non-governmental organizations. Prior to 2011, she served as: the head of medicine registration department in the Ministry of health – and as mediator between the health ministry and WHO in Libya; a member of the high committee of the centre monitoring food and medicines.