MWMN in Dialogue with Syrian Women 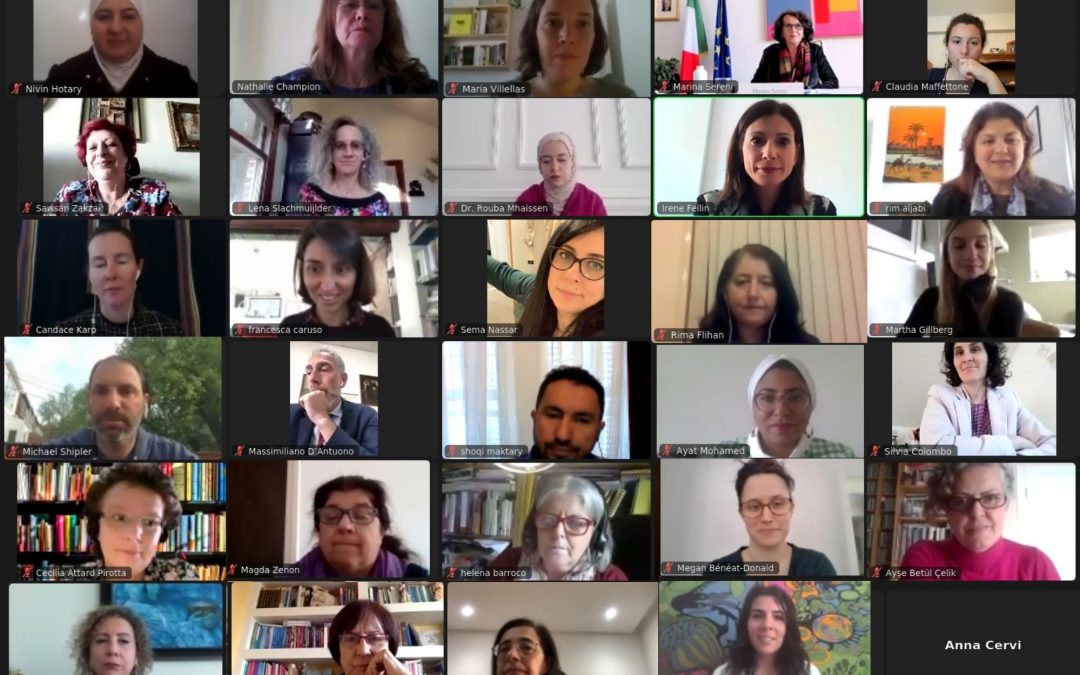 The Mediterranean Women Mediators Network (MWMN) is working on the possibility to expand the Network’s activities to the Syrian context, thus supporting the strengthening of Syrian women’s role in identifying durable solutions to the Syrian crisis.

While a myriad of overlapping peace processes have not yet brought peace to Syria, women have been contributing to dialogue and peacebuilding in Syria at different levels: from the official UN peace process to local initiatives. The activities that will be promoted within this initiative aim at enabling Syrian women mediators to reinforce their capacities, share experiences among each other, engage in dialogue with other women in the MWMN in similar conflict contexts, and further strengthen their key role in paving the way for durable solutions to the Syrian crisis.

Ten years into the Syrian conflict, forced displacement has splintered the Syrian population within and outside the country. A key feature that characterized the MWMN in all its years of work in complex contexts has been inclusivity. The MWMN, in close dialogue with all relevant stakeholders, will join efforts with other mediators, organizations, and institutions to share the vision of the Network to support an inclusive initiative. A first collaboration has been sought with the international NGO Search for Common Ground (Search).

Through this initiative, the MWMN wishes to:

Within this framework, the MWMN and its members, supported by the Italian Ministry of Foreign Affairs and International Cooperation, Search and other partners, has organized an online event on April 8 2021, by the title Women’s role in paving the way for durable solutions to the Syrian crisis. In the opening remarks, Italian Deputy Minister of Foreign Affairs and International Cooperation, Marina Sereni, stated: “Italy actively supports the involvement of women in the Syrian political process, as it believes that the social fabric of that Country cannot be put together again without their active contribution. There is no peace without inclusion, there is no peace without the women. The hope is that, in the near future, when fighting ceases in Syria and security is reinstated, their role and involvement in consolidating and promoting reconstruction of the Country will be shown to be essential in this new, positive scenario as well, as has already happened during the conflict”.

This event will be followed by further initiatives, including a webinar series aiming to promote and support dialogue among Syrian women and other members of the Network on topics of shared concern.