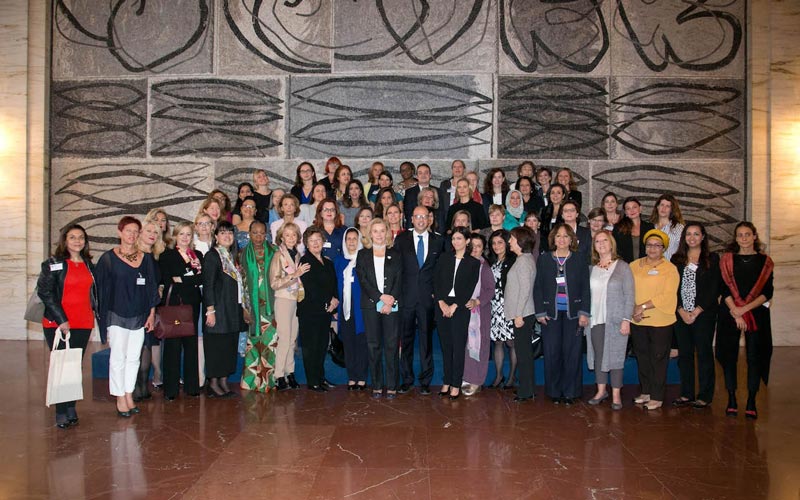 The Italian Minister of Foreign Affairs and International Cooperation, Angelino Alfano, opened the founding conference of the “Mediterranean Women Mediators Network” (MWMN), one of the qualifying initiatives of Italy’s mandate as non-permament member at the UN Security Council (UNSC), organised by the Italian Ministry of Foreign Affairs and International Cooperation (MAECI) in conjunction with the Istituto Affari Internazionali (IAI) and Women in International Security (WIIS) Italy.

In addition to the 47 women mediators that started off the network, the event was attended by representatives of the Diplomatic Missions of the Countries of origin of the women mediators (Albania, Algeria, Andorra, Bosnia-Herzegovina, Croatia, Cyprus, Egypt, France, Jordan, Greece, Israel, Italy, Lebanon, Libya, Malta, Morocco, Monaco, Montenegro, Palestine, Portugal, San Marino, Slovenia, Spain, Tunisia, Turkey), and members of the academic world, as well as experts on mediation and on the on the Women, Peace and Security Agenda.

Following Minister Alfano’s opening remarks, the event – moderated by Hon. Lia Quartapelle, President of the Honorary Board of WIIS Italy –  continued with comments by the General Director for Political and Security Affairs Ambassador Luca Giansanti, by the Deputy Executive Director of UNWOMEN, Yannick Glemarec, by the Director of the IAI, Nathalie Tocci, and by the President of WIIS Italy, Irene Fellin.

After the opening session, the conference continued as follows:

Photo Credits: Leonardo Puccini
← Previous Next →
Subscribe to our newsletter