Increasing the participation of women in global conflict prevention and mediation: Towards the Creation of a Mediterranean Women Mediators Network 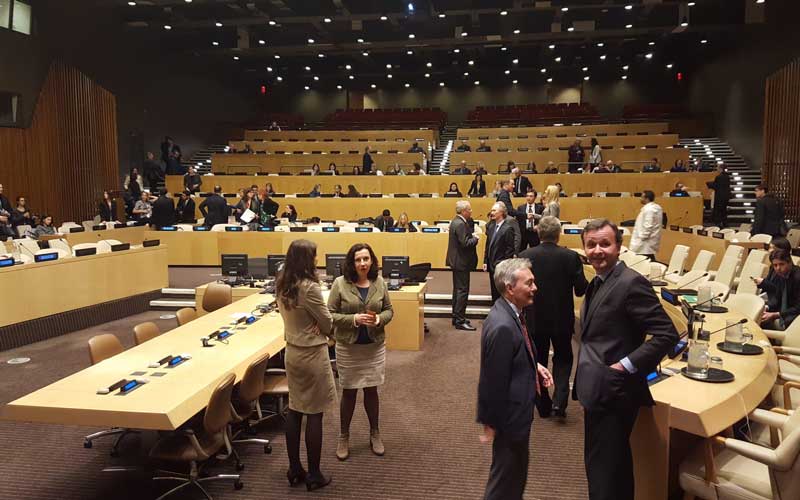 The Arria-formula meeting on Women, Peace and Security and Mediation took place at the UN Security Council on March 27, 2017 to discuss ways of increasing the participation of women in global conflict prevention and mediation and strengthening the role of women in peace processes. Co-chaired by Italy and the UK, the meeting also focused on the creation of a network of Mediterranean women mediators.

The meeting provided an opportunity to reaffirm the potential of networks of women mediators to increase the number of women involved in peacemaking efforts and to encourage collaboration and coordination among existing networks of women mediators. Addressing the UN Security Council, the Italian Under Secretary of Foreign Affairs Benedetto Della Vedova announced that the foundational event of a new Mediterranean Women Mediators Network will be held in Rome in late 2017.

The Global Study on the Implementation of Security Council Resolution 1325 (2000) on women, peace and security has reaffirmed the critical contribution of women’s meaningful participation to the success and sustainability of peace and security initiatives.