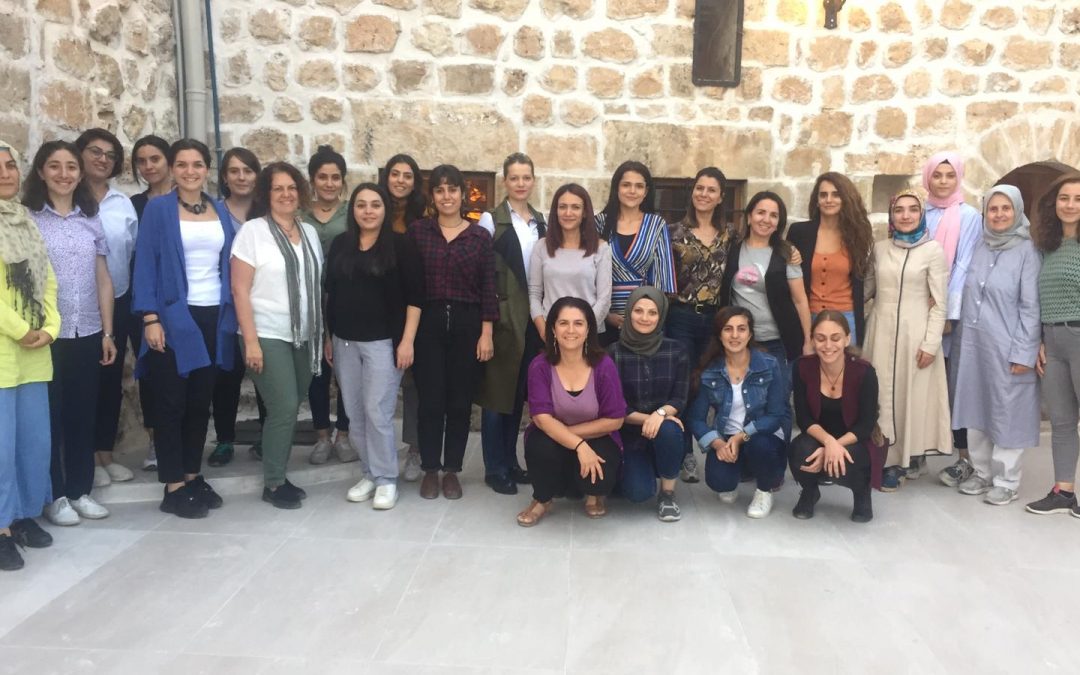 The MWMN Turkish Antenna has organized its first local trainings on Conflict Resolution and Mediation for Women.

The trainings took place in Diyarbakır and Gaziantep, respectively on 5-7 October, 2019 and on 11-13 October 2019. A “Workshop of a Local NGO (pro bono)” was also organized in Mardin, on 18-20 October 2019. Trainings were met by a huge interest by the locals. A total of 73 women participated in both events, although participation in Gaziantep had a lower attendance, presumably due to the military operations conducted by the Turkish military in the Syrian border.

Participants, which included civil society members, businesswomen, journalists, and politicians, were exposed to the major concepts and theories of conflict resolution, mediation and gender. Trainings included hands-on applications (e.g. conflict mapping) and simulations (for negotiation and mediation). The events have achieved their objectives both in the numbers and spectrum they wanted to reach and the content to be covered. Their success was also confirmed by the requests received by the organizers from civil society to conduct more trainings in other cities.