Launch of the Global Alliance of Regional Women Mediator Networks 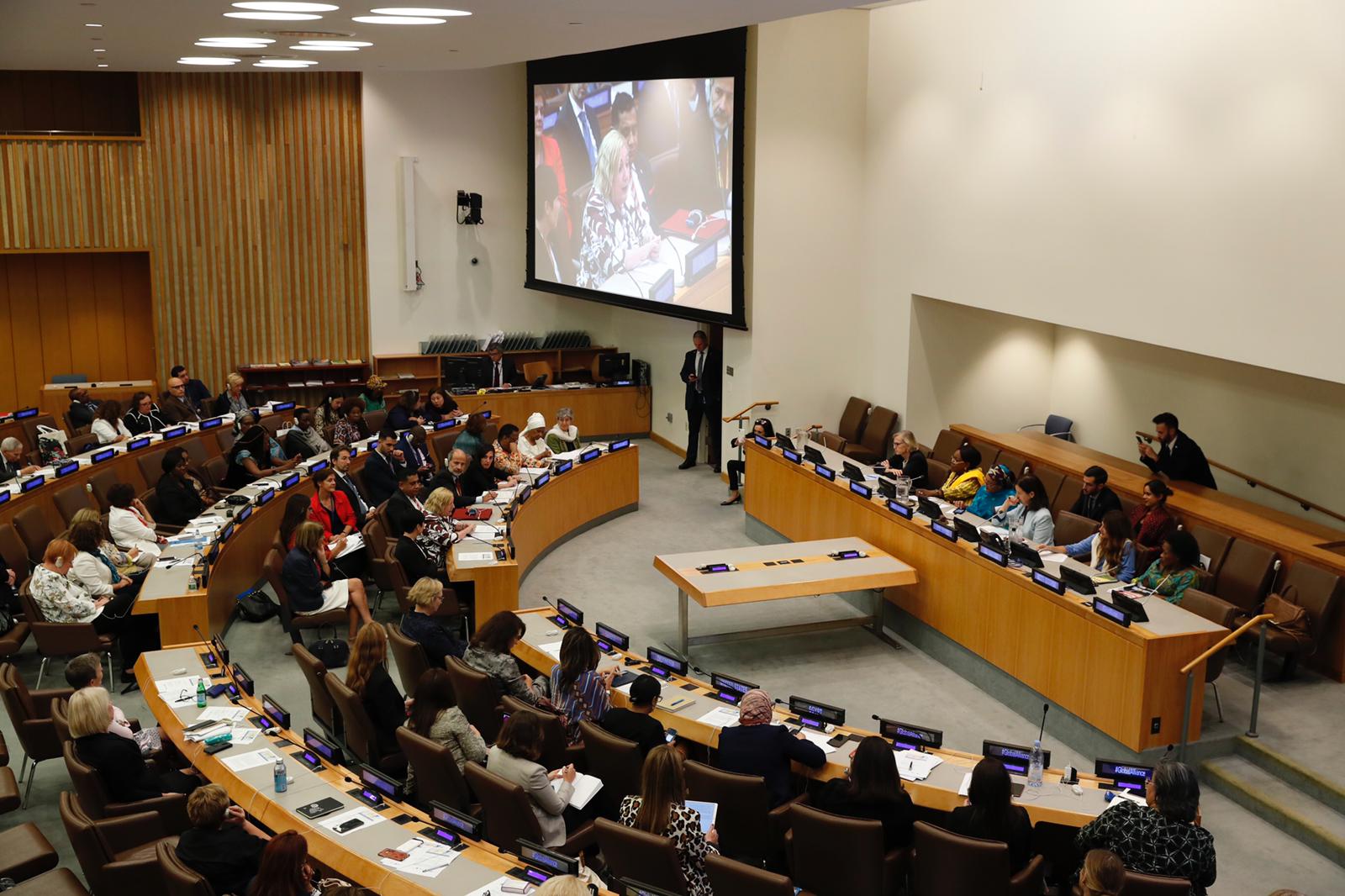 The Global Alliance of Regional Women Mediator Networks was launched in New York on 26 of September 2019 as a side event at the High-Level Opening Week of the United Nations General Assembly 74 (UNGA 74). Over fifty women from regional women mediator networks, as well as government and UN officials, attended the launch.
The Global Alliance is a collective of voices demanding policy and decision-makers alike to hasten the implementation of UNSCR 1325 and consciously create spaces for women to participate in influence and lead peace processes. Its establishment is a result of a strong cooperation between four regional women mediator networks: the Mediterranean Women Mediators Network (MWMN), the Network of African Women in Conflict Prevention and Mediation (FemWise-Africa),  the Nordic Women Mediators and the Women Mediators across the Commonwealth. An increasing number of countries and multilateral organisations are also setting up or support similar initiatives, among them ASEAN and the League of Arab States.
At the launch, Emanuela Del Re, the Italian Deputy Minister of Foreign Affairs and International Cooperation, delivered a statement emphasizing  the Italian commitment to empowering women, which are considered as “vital agents of peace”. The Deputy further noted that “in 2017, we launched the Mediterranean Women Mediators’ Network, one of the founding members of this Global Alliance [and] We will continue to support the Network and to promote a significant participation of women in all forums, both at national and international level.” She also recalled “the precious work that women and youth carry out on the ground, despite challenges and pressures.”
The Deputy Minister finally announced two events to be hosted at the Farnesina at the beginning of December, “the tangible examples of our commitment, also in preparation for the 20th anniversary of Security Council Resolution No. 1325 (“Women, Peace & Security”)”. One will be an international workshop organised in partnership with UN Women on the role and responsibility of States in boosting the participation of women in peace processes and the other will be the third edition of the MED Dialogues Women’s Forum[3].
The launch of the Global Alliance is a historic milestone, yet many of the women present highlighted that there is simply no time for a celebration. A UN study  has found that only two per cent of chief mediators, nine percent of negotiators, and four percent of signatories were women in all major peace processes between 1990 and 2017[1].  As we are moving towards 2020, the year which marks the 25-year anniversary of the Beijing Platform of Action and the 20th anniversary of UN Security Council Resolution 1325, women continue to be side-lined and denied the opportunity to be negotiators among the parties in conflict [2].