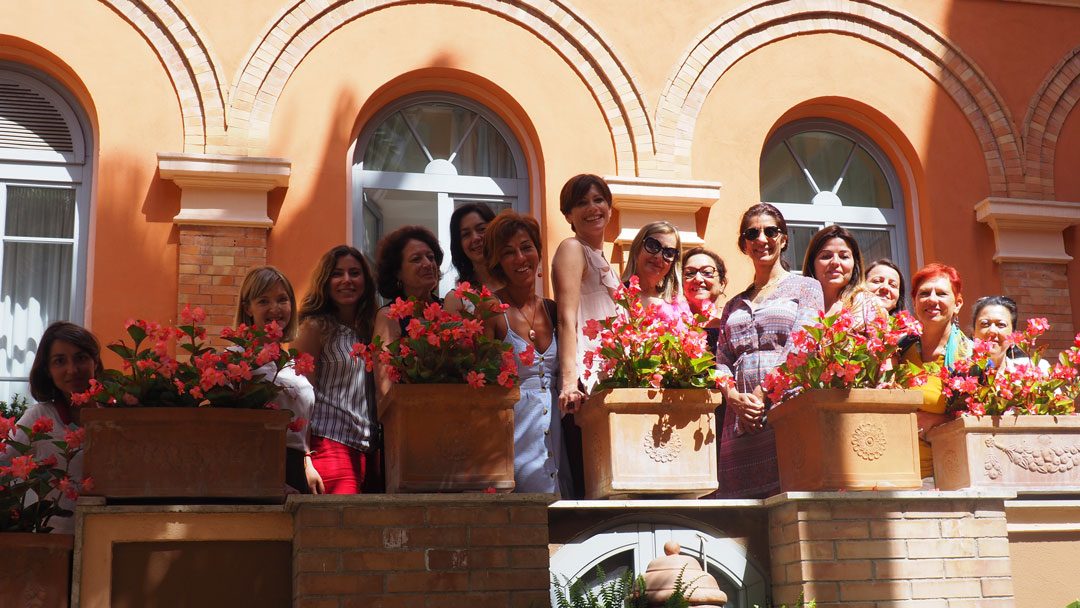 The second edition of the “Training and Experience Sharing on Inclusive and Gendered Mediation” was organized in Rome on June 10-14 and was attended by 12 members of the Network coming from 7 countries of the Mediterranean region, namely: Algeria, Andorra, Morocco, Cyprus, Italy, Lebanon, and Tunisia. This training module, conducted in French, was organized within the framework of the 2019 activities of the Mediterranean Women Mediators Network (MWMN), a project launched, promoted and funded by the Italian Ministry of Foreign Affairs and International Cooperation in cooperation with the Istituto Affari Internazionali (IAI) and Women in International Security Italy (WIIS Italy), main partners in the implementation of the Network’s activities.

In line with the previous module, the training aimed at developing gender-sensitive conflict analysis competencies, at reinforcing mediation and negotiation skills, and at providing in-depth analysis from a gender perspective of topics generally raised during mediation processes, such as conflict-related sexual violence and ceasefire, power-sharing, natural resources, land and property rights.

The first part of the training, conducted by Cynthia Petrigh, founder of BeyondPeace, focused on Mediation Fundamentals, Conflict and Peace Analysis and Process Design. All aspects were analysed applying a gender perspective, demonstrating once more how a gender blind conflict analysis can affect the entire peacebuilding process. A focus was put on the importance of analysing and involving the process all actors, including the peace ones, and not only military and armed groups. The involvement of peace actors at the table of negotiation is key if we want to build positive peace and not only to achieve the end of violence (negative peace).

The second part of the training was again led by Sanam Anderlini, Founder and Executive Director of the “International Civil Society Action Network” (ICAN), and a member of the Women Mediators Across the Commonwealth. Starting from an excursus about the history and evolution of war and peacemaking, she then presented the important role that women peace coalitions played in the major conflicts during the past decades.

This first part was followed by an analysis of Ceasefire Negotiation and Power Sharing from a gender and inclusive perspective. A special attention was also dedicated to other topics such as Natural Resources, Land and Property Rights, and Transitional Justice, underlining how each of these topics needs the integration of a gender lens, if a peace process wants to ensure that all different people’s needs are taken into the right consideration and that structural gender inequalities are addressed.

Her work is based on the “Better Peace Tool” initiative, a project developed and implemented by ICAN, aimed at developing gender awareness among peace stakeholders and at providing pragmatic guidance such as animations, discussion guides and trainings for the inclusion of women peacebuilders and offering proactive steps to broaden participation.

For the entire week, lectures were complemented by simulation and role-play exercises in order to enable participants to practice their mediation, negotiation and communication skills. A day was dedicated to a self-assessment of the network itself: representatives of the MWMN Secretariat guided a choral reflection on the Network’s identity and its core values that helped the group identifying mid-term objectifies. Based on this joint reflection, a Road Map, pointing out the progressive goals that the MWMN aims to reach within 2020 to increase the participation of women in global conflict prevention and mediation, was elaborated.

The training also represented an important occasion for network’s members to come together in Rome after the foundational event that took place in October 2017, and to share experiences and knowledge from their respective countries. In particular, Lea Baroudi had the opportunity to present the activities conducted by her NGO March Lebanon in Tripoli, in the North of the country, seeking to promote social cohesion and personal freedoms. Peace building and conflict mediation at the community level is a pillar of the NGO that also focuses on a holistic and rehabilitative approach through the arts and culture to foster tolerance and reconciliation between the two feuding neighbourhoods of the city.

The time spent together during the classes, while enjoying some of the beauties of Rome, gave the participants the opportunity to strengthen their relationship and reinforced the team. A network is made by people and for people. Thanks to the time spent together, members recognised feeling more involved in the initiative and developed a stronger feeling of engagement towards the MWNM. The training program was developed and coordinated by Irene Fellin, Gender and mediation expert and President of Women in International Security (WIIS) Italy in collaboration with Istituto Affari Internazionali (IAI).