Women in Peacebuilding and Mediation in Cyprus: Where We Are and Where to Next? 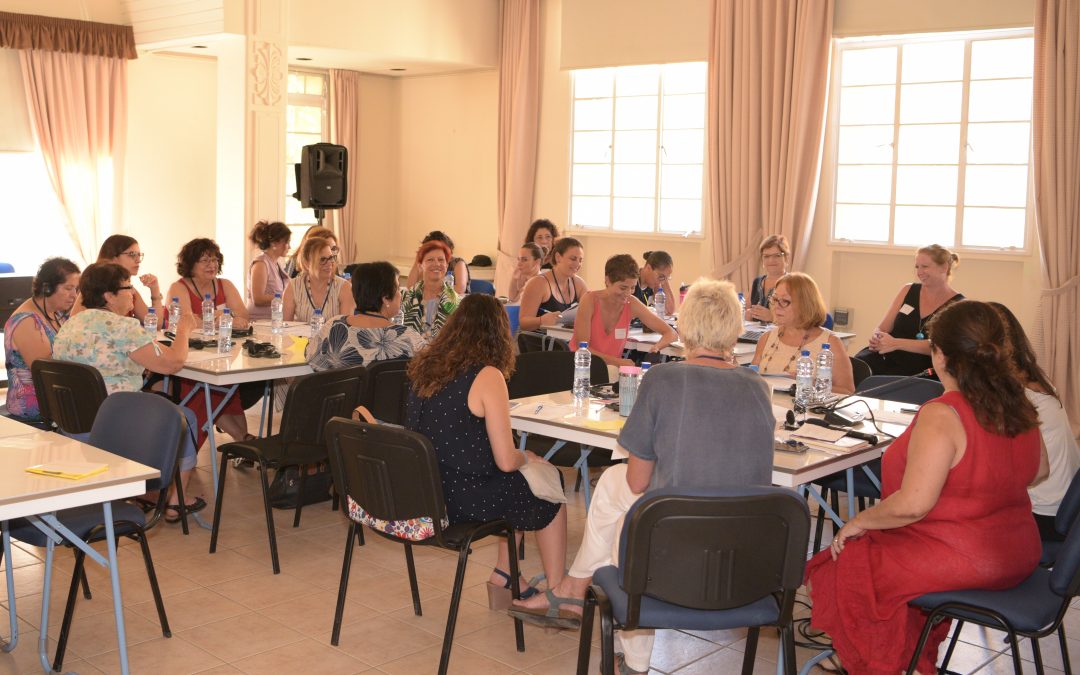 In response to the current impasse in the Cyprus peace process and the general lack of women’s participation, a diverse group of 26 women peacebuilders from throughout the island came together last week at the Ledra Palace Hotel to discuss the major common needs and concerns of the women of the island and opportunities for cooperation.

Hosted by the Cyprus Women’s Lobby with the support of the Mediterranean Women Mediators Network, the Women Mediators Network across the Commonwealth, Women’s International League for Peace and Freedom (WILPF) and UNFICYP, this initiative was organised in an effort to revitalize the role of women as key actors to develop island-wide strategies and approaches including mediation skills towards the creation of an inclusive and sustainable peace process and agreement.

Ideas such as a cross-party, island-wide women’s movement for equality and sustainable peace, the establishment of a truth and reconciliation mechanism and building interest on a common history were discussed as well as a website where all the academic references on women and peacebuilding and mediation, all the women lobby groups as well as bicommunal/ pan-island projects would be available on-line in the 3 languages.

What was paramount throughout the discussion though was the absolute need for equality and the ending of discrimination on any ground, and the rebuilding of trust, decency and understanding between the two communities. This initial meeting was followed by an informal reception hosted by the Ambassador of Italy to Cyprus H. E. Andrea Cavallari.

With the intention of building on the findings of Hands Across the Divide, the Gender Advisory Team, the ‘White Book Guidelines of Best Practices 2017′, the SDI Gender SCORE research findings and current efforts to enhance women role in achieving equality and sustainable peace, this initiative especially includes taking the conversation out of the city centre and thereby broadening the base of an active, stronger and more effective engagement of Cypriot women in bringing social change and gender equality. And to this end more events are planned in the autumn, which will include the launch of the Cypriot antenna of the Mediterranean Women Mediators Network.

For more information, please contact the CWL at cywomenslobby@gmail.com