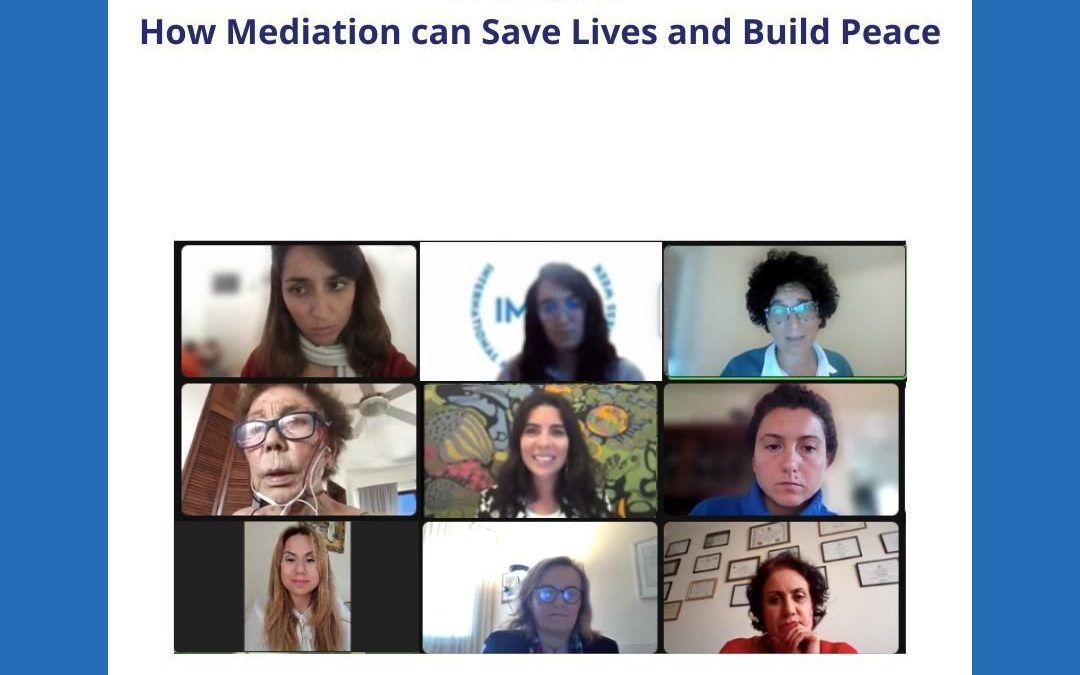 On 9 November 2022, the Mediterranean Women Mediators Network had the pleasure to participate in an enriching discussion at the International Mediation Awareness Week (IMAW) on mediation and the role of women in peacebuilding. It has been a great opportunity for some of our mediators to share their experiences and to present local mediation initiatives of our antennas, «an awareness session and conversation with the aim to broader new relations», as described by our moderator Anna Cervi.

During the meeting, MWMN Head of Secretariat, Loredana Teodorescu, focused on the importance of discussing and reaffirming the vital role of women in peacebuilding processes, especially during these challenging times, since the pressure on peace and women can put at risk the progress done so far. Therefore, the MWMN fights to amplify women’s voices, support their connections at all levels and promot their experience-sharing. Then, Francesca Caruso, MWMN Officer, explained how the Network links institutions with local activists. She expanded on the work of the three main local antennas established in Cyprus, Turkey, and Kosovo, which have been developing activities that respond to the different local needs.

Salwa Sahloul, member of the Network, underlined the need of action on the ground. She also mentioned how crucial it is to boost women refugees’ economic empowerment, giving them the tools to stands for their children and freedom, supporting their integration in society and their independence. For Claudia Maffettone, another MWMN member, what is important is the communication to establish a common background. Conflicts between countries can quicky escalate; to avoid this, we need to create a code of conduct and a bridge for real communication. Furthermore, Laura Bologna, also a member of the Network, declared that the effort to empower women and ensure their participation within society must be done at the international level, in parliaments, in politics, and also through the media. It is necessary to track gender parity and the empowerment of women. Since society is for everyone, it is key to include men in the process towards equality.

At the end of the discussion, Anna Cervi resumed the speakers’ main observation, underlining that a culture of mediation and non-violent conflict resolution is spreading, as for the fostering of young generations participation. Mediation remains the core of activists works on the ground, and communication and gender equity are at the basis for the creation of common solutions.