Conference: Spotlight on Syria. A Gender Perspective on the Status of the Political Process 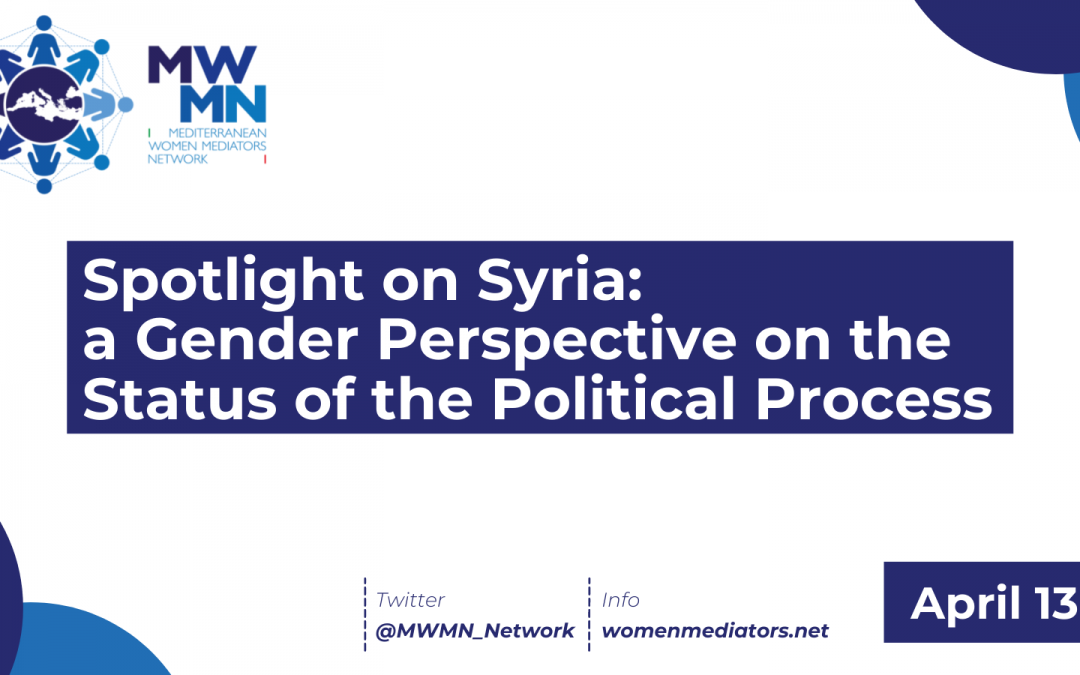 On April 13, the Mediterranean Women Mediators Network organized a public webinar titled “Spotlight on Syria. A Gender Perspective on the Status of the Political Process” (here to see the Conference Programme) to return the Syrian crisis to the forefront of the international community and public opinion back, by both analysing the state of play of the political process and providing a direct and extensive account about life in Syria.

The event addressed particularly the past and current challenges faced by Syrian women. In addition, the webinar represented the perfect opportunity for presenting the final recommendations of the initiative “The role of women in developing durable solutions to the Syrian crisis”, launched in collaboration with Search for Common Ground with the support of the Ministry of Foreign Affairs and International Cooperation (MAECI) in order to better understand the internal dynamics that have let to the marginalisation of  Syrian women in the conflict resolution. The initiative involved experts, 25 Syrian women activists and various network members, with the aim of:

The report of the event is available here.